AKA (born 28 January 1988) is a South African rapper, singer, songwriter, record producer and entrepreneur. We have compiled 10 interesting things we think you should know about AKA. Check them out below: 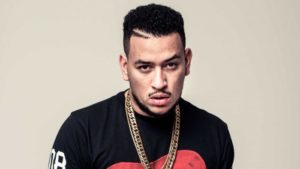 1. His real and birth name is known as Kiernan Jarryd Forbes

3. He is a rapper, singer, songwriter, record producer and entrepreneur.

4. AKA gained popularity after releasing his single “Victory Lap” which was released from his debut album, Altar Ego (2011).

5. He has a daughter with DJ Zinhle named Kairo Owethu Forbes. She was born on 8 July 2015.

6. On 8 April 2019, AKA was featured on a WWE live event in Cape Town and Johannesburg, South Africa.

7. To date he has released the following albums:

8. While in high school, he was formed a group called Entity alongside his two friends Vice Versa and Greyhound

9. In 2006, he co-founded the production collective The I.V League alongside two other members.

10. AKA attended the Holy Cross Convent and Greenside Primary School.