Nomcebo Zikode (born 28 October 1985) is a South African singer and songwriter. She is known for her collaboration with DJ Ganyani on their hit single “Emazulwini” and globally for her and Master KG‘s hit gospel single “Jerusalema”.

Find out more about the popular musician from the following 10 facts about Nomcebo Zikode. 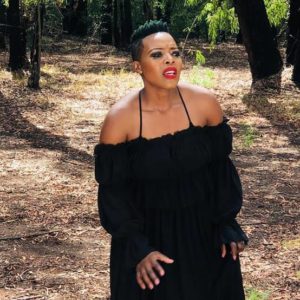 2. She is a South African singer and songwriter.

3. She was born on the 28th of October 1985 in Hammarsdale, KwaZulu-Natal, Republic of South Africa.

6. She is married to Selwyn Fraser and they have two children together.

7. She was signed by Ganyani Entertainment, providing vocals for songs including “NTO”, “Jabulile”, and “Emazulwini”.

8. Zikode worked mostly as a back-up singer for more than fifteen years.

9. She gained worldwide popularity after working with Master KG on his 2020 hit single “Jerusalema”.

10. She is currently signed to Open Mic Productions record label.