Celeste Matthews is a South African actress known for her role as Mara Horing in the television drama series Known Gods, from 2005-2006. 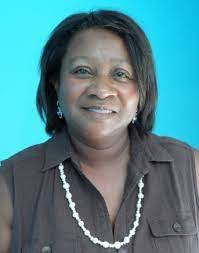 She also starred as Matrone in the kykNET comedy-drama Geraldina die Tweede, which aired in 2007.

Big Okes, Backstage, 50/50, Fishy Feshuns, SOS, Ali Baba, Living with Mother, Orion, Scandal!, Home Affairs, Villa Rosa, Montana, Stokvel, Rugby Motors, Mad Dogs, and Oupa and Ouma are some of the other television shows in which she has appeared.

She is well recognized for her roles as Sophia in Suip! and Auntie Hester in District Six, the Musical, for which she won a Fleur du Cap Award.