Wanda Zuma (born in Durban) is a South African actor known for his starring role as Nkosi Zwide in the e.tv soapie House of Zwide. 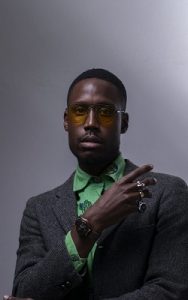 Wanda Zuma debuted on television as a hitman in an episode of the SABC1 soapie Uzalo that aired on January 23, 2018.

He got a recurring role as one of Jama’s (Wiseman Mncube) crew on the Mzansi Magic drama series eHostela the following year, making his first appearance in Season 1, Episode 4 on January 27, 2019.

He then had a recurring role as Detective Mthaka on the Mzansi Magic soapie Isibaya’s final season, initially appearing in Season 8, Episode 60, which aired on June 26, 2020.

Wanda made his television debut as Nkosi Zwide, Faith’s (Winnie Ntshaba) and Funani’s (Vusi Kunene) firstborn son, on the e.tv soapie House of Zwide, which premiered on July 19, 2021, and succeeded the long-running soapie Rhythm City.

During the show Nkosi is a dream man for every woman, but he has problems. He sees himself as his father’s heir apparent, but he lacks the artistic ability to steer the company forward.