Nefisa Mkhabela (born 2001) is a South African actress known for her starring role as Ona Molapo in the e.tv soapie House of Zwide. 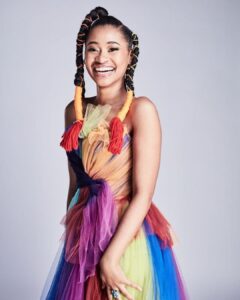 She made her TV acting debut in the recurring character of Mbali on the 1Magic drama series Unmarried, which she initially appeared in on February 2, 2018.

In Season 2, which aired in 2020, she repeated her role. Mzansi Magic and Mzansi Wethu also aired the series.

She had a starring role in the Mzansi Original Movie Ispaza Sasekhaya in 2021.

In the e.tv soapie House of Zwide, Nefisa won her first leading role in television as Ona Molapo, a young fashion designer who navigates the world of fashion with her BFF (played by Shalate Sekhabi).