Thulani Mtsweni (born 31 July 1968) is a South African actor known for his role as Sibiya on the SABC3 soapie Isidingo. 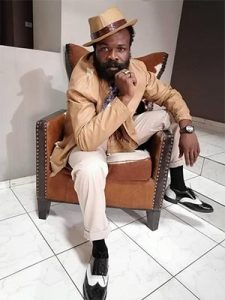 He was born on the 31st of July 1968 in Tsakane township near Johannesburg, South Africa. As of 2021, he is 53 years old and celebrates his birthday on July 31st every year.

In 2014, Thulani made his television acting debut in a guest role on the Mzansi Magic soapie Isibaya’s second season.

In the same year, he appeared in the SABC1 drama series Kowethu as a child version of Petrus (played by Yule Masiteng).

In 2017, he won his breakout role in the SABC3 soapie Isidingo as Sibiya, a miner. He made his first appearance in an episode that aired on May 24, 2017.

He won a prominent recurring role as thug Nyoka on Mzansi Magic drama series iNumber Number, based on the film of the same name, in the same year. On July 9, 2017, he made his first appearance in the series premiere.

He began another recurring role at the end of the year, this time on the e.tv soapie Rhythm City as Gedleyihlekisa, initially appearing in an episode that aired on December 27, 2017.

Thulani’s next job on television was as Shisanyama manager Bongani in the Mzansi Magic soapie Gomora, which she first appeared in Season 1, Episode 133. In 2021, he returned to the role for Season 2.

He returned to Isibaya in the final season of the soapie to play Mpihlangene, Mpiyake’s brother who charms unsuspecting individuals with the tip of his hat, first appearing in Season 8, Episode 144.