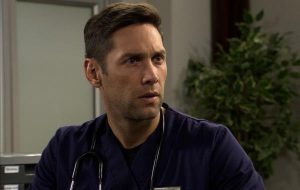 Anelle Bester, a longtime girlfriend and fellow actor, and Ludik got engaged on January 1st, 2018. The couple later got married, and the South African celebrity TV show Top Billing covered their nuptials.

Ludik participated in the inaugural season of Big Brother Africa, which is where he first rose to fame. Ludik spent 98 out of 106 days in the Big Brother house before becoming the seventh contestant (out of twelve) to be booted out. He was regarded as the most well-liked housemate for a portion of the series.

Ludik has since made appearances in South African Afrikaans-language television programs like Egoli: Place of Gold, Transito, and Binnelanders.

Songs by Ludik have been released in both Afrikaans and English. He has performed as Elvis se Seun, just Ludik, and under his own name.

He has an estimated net worth of $300,000 which he has earned as a television personality, actor and singer.