Michiel Huisman (born 18 July 1981) is a Dutch actor, musician, and singer-songwriter, who has acted in both Dutch and English language TV series and films. 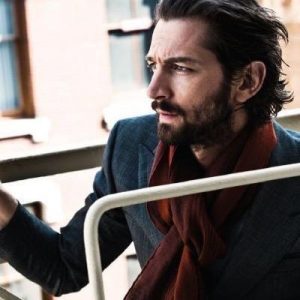 Huisman is married to Tara Elders, a Dutch actress, and the couple has a daughter, born in 2007. The couple used to live in New Orleans, Louisiana, but now call New York City home.

Huisman began his acting career as Rover, a 14-year-old model who accuses his employers of child pornography, in the television series Goede Tijden, Slechte Tijden. After that, he appeared in the made-for-TV movies Suzy Q and Uitgesloten.

He appeared in the Dutch films Costa! and Volle Maan, both geared towards a young audience, in minor roles. He also had a recurrent part on the Dutch police drama Spangen at the same period.

Huisman had his breakthrough as a leading man in 2003 with the film Phileine Says Sorry, which was based on Ronald Giphart’s novel of the same name. He also starred in the film Floris, based on the Dutch TV series Floris, as medieval knight Floris.

He has an estimated net worth of $3 million which he has earned as an actor.