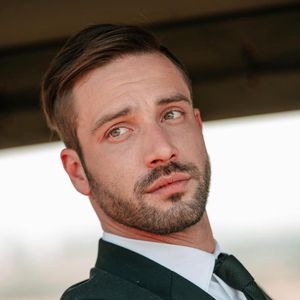 Sean-Marco walked onto his first feature film as a supporting character, Dietmar, on the first Afrikaans horror film, Lyfstraf, two weeks after finishing his school finals at Paarl Boys’ High.

He went on to study acting at AFDA, South Africa’s School of Motion Picture and Live Performance, after the shoot. He decided to major in Directing and Script Writing after two years of film acting to deepen his studies in the industry.

After appearing in several AFDA short films and demonstrating his versatility as a character actor, he earned the role of young Russouw in Etienne Fourie’s fourth year film, Die Windpomp. The film was bought up by Zen HQ Films after a lot of success, and feature film production began.

In 2014, he co-hosted the Afrikaans-language lifestyle and magazine show NAweek on SABC3.