Khayalethu Anthony (born 15 July 1986) is a South African actor and playwright known for his starring role as Soda in the M-Net drama series Reyka. 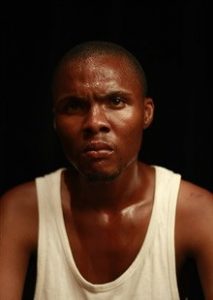 In 2007, he matriculated from Matthew Goniwe Memorial High School and later studied at the New Africa Theatre Academy, graduating in 2010.

In 2011, Khayalethu Anthony made his professional acting debut in Lara Foot’s theatrical drama Solomon and Marion, which premiered at Cape Town’s Baxter Theatre.

In the 2013 film Mandela: Long Walk to Freedom, Khayalethu makes his film acting debut. In 2016, he also starred in the feature film Shepherds & Butchers.

In 2012, he made his television debut as a security guard in an episode of SABC1’s romantic comedy-drama series Forced Love.

In 2017, he appeared as Tumi in an episode of the Starz pirate drama series Black Sails as a guest star.

When Khayalethu was cast as Soda in the M-Net drama series Reyka, a co-production between the UK and South Africa, he got his first starring role in television.