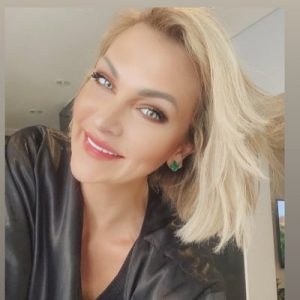 She competed in the Miss Universe 2005 pageant in Thailand and placed in the top fifteen and she is married to Orin Roesstorff.