Aaron Buerge (born 22 April 1974) is an American businessman and television personality best known for appearing as The Bachelor in the second edition of that show. 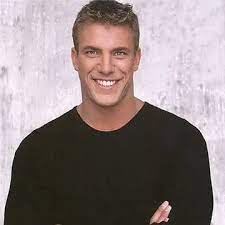 On August 8, 2009, Buerge got married to Angye McIntosh, a commercial insurance agent, in Springfield, Missouri. He has a step-daughter and two daughters.

Buerge has worked with First National Bank of Clinton since 2001. Buerge was promoted to Executive Vice President of Legacy Bank and Trust in February 2018.

Buerge appeared as the lead in the 2002 series as the Bachelor in the second season. His decision to select Helene Eksterowicz and get engaged to her lasted only a short time, as they called off their engagement shortly after that.

He has an estimated net worth of $5 million which he has earned as a businessman and banker.