10 Things You Didn’t Know About Sindi Dlathu. Sindi Dlathu is best known for portraying the role of ‘Thandaza’,Ranthumeng Mokoena’s wife in a South African soap opera ‘Muvhango’. Find out more about her from the following 10 facts. 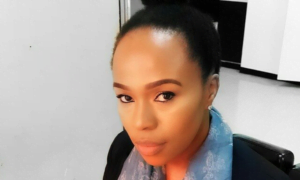