Angel BBNaija (born 2000) whose full name is Angel Agnes Smith is a Nigerian drama queen and is one of the housemates in the Shine Ya Eye season 6 2021. 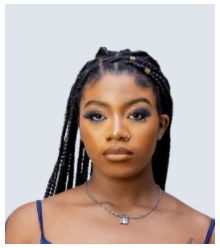 Angel is the first female housemate for the sixth season of BBNaijja 2021.

She enjoys eating and sleeping. She aspires to work behind the scenes in the Nigerian film industry.

She wants to be a movie producer, according to her, and she plans to attend a film school before pursuing that goal. She has a total of eleven tattoos, all of which she believes are meaningful and unique to her.

She has an estimated net worth of $100,000 which she has earned as a reality TV star.