Julie Gichuru (born 7 January 1974) is a Kenyan Entrepreneur and Media Personality with investments in media, fashion retail and entertainment sectors. 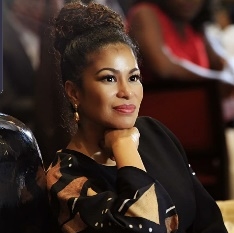 She is happily married to entrepreneur Anthony Gichuru and together they have had 4 children.

She has been working in the media for 15 years, doing everything from broadcast, print, and internet media. Julie has also led an impressive number of television programs, including the very first Kenyan investigative TV series, The Inside Story on Kenya Television Network.

The popular post-election peace specials Voices of Reason are also included on this list. Now serving as Director of Operations at ARIMUS Media Limited, Julie manages the development of high-quality African content, such as Africa Leadership Dialogues, the Great Debaters Contest, and Maisha, an entertainment series.

She has an estimated net worth of $300,000 which she has earned as a media personality.