Sam Medupe (born 12 January 1974) is a South African actor known for his starring role as Bra Fly in the Mzansi Magic boxing telenovela Ring of Lies. 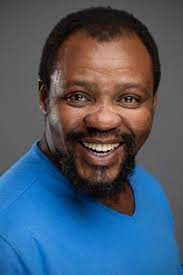 Scandal!, Generations, Jozi-H, Justice for All, Muvhango, Erfsondes, Saints and Sinners, Covert Affairs, The Contenders, and 7de Laan were among his past guest appearances on television.

I Stand Before You Naked, Mozart to Mnomiya, The Wizard of Oz, Hecate, It’s Your Life, Apple Soup, and Fetal Alcohol Syndrome are just a few of Sam’s theatre credits.

He also had a role as a cab driver in the 2014 feature film Hector and the Search for Happiness.