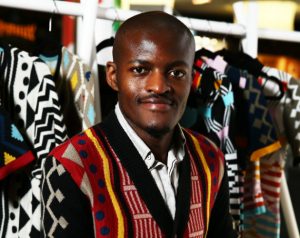 He was born on the 15th of December 1986 in Port Elizabeth, South Africa. As of 2021, he is 35 years old and celebrates his birthday on December 15th every year.

He is the founder and CEO of MaXhosa, a luxury knitwear company based in Africa.

When Ngxokolo was a student at Lawson Brown High School in 2003, he got his first taste of textile design.

During his Btech studies at Nelson Mandela Metropolitan University in 2010, Ngxokolo’s knack for knitwear design earned him bursaries from both Cape Wools South Africa and Mohair South Africa in Port Elizabeth.

Ngxokolo also won the South African national leg of the South African Society of Dyers and Colourists (SDC) Design Competition in the same year, earning him a trip to London where he was awarded first place worldwide for the competition.

He has an estimated net worth of $250,000 which he has earned as a fashion designer.