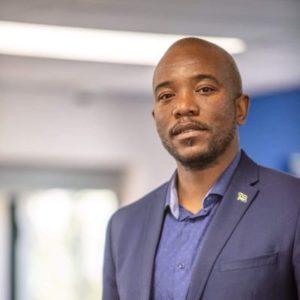 He is married to Natalie Maimane and their wedding held in 2005 and together they have two children.

Mmusi and Natalie met at church. As a result of their relationship eight months later, they got married but obstacles and racial tensions were a reality. Hence, they had to dispel misconceptions about their interracial marriage.

At the 2012 DA Federal Congress, they elected him as Deputy Federal Chairperson. He applied to run as the DA candidate for Gauteng Premier in 2013.

In the 2011 Local Government Elections, he lost, therefore, taking up the position of Leader of the Official Opposition.

In Council, Maimane was on the Finance Committee, and also on the Governance Committee that he personally pushed to have constituted.

The DA grew its share of the vote in Gauteng substantially in the 2014 election with Maimane at the helm, but notwithstanding, the ANC retained control of the province.

Following this, Maimane was against serving in the provincial legislature and was instead sworn in as a member of the National Assembly of South Africa.

Maimane was the only candidate for the post of Leader of the Opposition in the National Assembly.

He was elected as the new Leader of the Opposition, becoming the first black male to hold the position in South Africa’s history.

On 5 June 2014, at Parliament in Cape Town, Maimane announced his Shadow Cabinet.

Despite our political difference, I always enjoy engaging Mme Zindzi Mandela. She embodies what is good about South Africa. That despite our backgrounds, our focus must always be in service of the people of our country. She portrays great humility and a true passion for our nation. We reflected this am on the life of Mama Winnie and the pain that she still carries after the loss of mama. I continue to say to her, As she reminded me of these words, We never get over the pain, we just learn to live with it. Qina Mme.