JazziDisciples is a South African amapiano DJ and producer. The group is composed of two record producers known by their stage names Mr JazziQ and Josiah De Disciple. 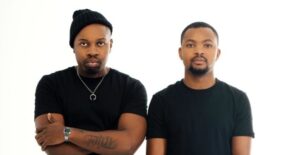 Members of the music collective JazziDisciples are from Alexandra, which is located north of Johannesburg. Their love for music began at a young age. They’re known for songs like Long Lasting and Sgubu Se Monati, as well as their all-encompassing tagline Amapiano is a way of life.

After their debut, the pair has played at top music festivals like Afropunk Festival, Corona SunSets Festival, and YTKO 32 Hour Fest, as well as sharing the stage with local artists including Cassper Nyovest and Black Coffee.

They’ve been on shows like Channel O’s Lockdown House Party and South African music festivals. They’ve already made a number of appearances on television and radio.

For their albums, the pair has won awards and nominations. They were nominated for the Dance Music Awards South Africa’s Best Amapiano Album in 2019.

In 2020, the duo launched solo albums to further extend their sound and vision. Mr JazziQ’s EP 0303, which featured vocalist Moonchild Sanelly, was released by JazziDisciples in March 2020. The EP SOM (Spirits Of Makoela) by Josiah De Disciple was published in May 2020.

They have an estimated net worth of $400,000 which they have earned as musicians.