Semi Tee (born 6 April 1999) whose real name is Tumelo Ramila is a South African music artist, producer and disc jockey known for his collaboration with Kammu Dee and Miano on the hit single “Ama Uber”. 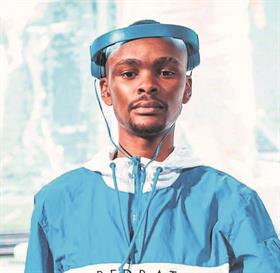 Semi Tee began performing music at the age of 16 in 2015. While growing up, he was influenced by the Amapiano genre. He began releasing songs on YouTube until 2018, when he formally debuted with the publication of his first song, “Dwa Ngamabomu,” which he co-wrote with Kammu Dee.

He followed it up with a song called “Suka Emabozeni,” and then with the hit tune “Ama Uber,” which he co-wrote with Miano and Kammu Dee.

Semi Tee has been dishing out positive vibes nonstop since his rise to popularity, with music lovers clamoring for more.

While growing up in Orlando West, he met his friend Kammu Dee, and their shared love of music cemented their connection. As a young lad, Semi Tee was also heavily affected by the Amapiano genre.

He got his start in the music business by uploading music to YouTube. His first song, Dwa Ngamabomu, was not officially released until 2018. Kammu Dee and I collaborated on this track.

Later that year, he released Suka Emabozeni, a new song. After partnering with Miano and Kammu Dee, the following year proved to be a good one for the young musician, as he soon rose to stardom with the release of Labantwana Ama Uber. This song had a profound impact on his life.

He has an estimated net worth of $200,000 which he has earned as a music artist, producer and disc jockey.