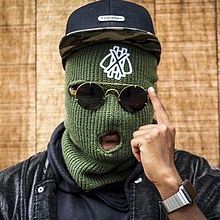 He began writing music at the age of thirteen. He began his career as a hip-hop rapper, inspired by producers such as Pharrell Williams and Kanye West. Following that, he began making house and pop music.

Sketchy is a member of Wolf Pack, a collective of producers, writers, graphic designers, rappers, and kwaito performers. Other notable artists in the Wolf Pack include Aewon Wolf and Kyle Duetsch.

“Let You Know,” a hit collaboration between Sketchy and Shekhinah, was added to the BBC radio 1 playlist in the United Kingdom. This song was his big break, and it landed him a record contract with Ultra Music.

He has an estimated net worth of $200,000 which he has earned as a record producer, DJ and songwriter.