Geordin Hill-Lewis (born 31 December 1986) is a South African politician who is currently serving as the Mayor of Cape Town. 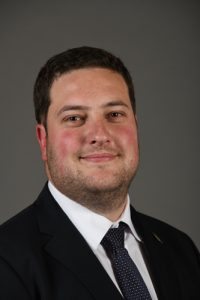 He is married to Carla and together they have one child.

He also served on the student representative council at the university. He worked on Helen Zille’s successful premier campaign in 2009. Hill-Lewis also worked as a researcher for the Democratic Alliance in parliament.

Hill-Lewis will be the DA’s candidate for mayor of Cape Town in the 2021 local government elections, according to DA leader John Steenhuisen.