Enoch Godongwana (born 9 June 1957) is a South Africa politician who is currently serving as the minister of Finance in South Africa. 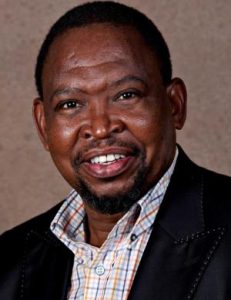 Godongwana obtained a Msc degree in Financial Economic from University of London in 1998. He matriculated at St. John’s College in Umtata.

Enoch began his career as a member of the National Union of Metal Workers of South Africa, where he held a variety of critical positions until becoming General Secretary.

He went on to serve in various political positions in South Africa, including Deputy Minister of Public Enterprises from 2009 to 2010 and Deputy Minister of Economic Development from 2010 to 2012, before being named head of the African National Congress’s economic transformation committee.

He was also a Vice-Chairperson of the ANC Eastern Cape Provincial Executive Committee and a Board Member of the National Institute for Economic Policy from 1997 to 1998.

He has worked for the ANC in different capacities, notably as the Eastern Cape Provincial Government’s MEC for Economic Affairs, Environment, and Tourism.

He was also a member of the Pan African Benefit Services (PTY) LTD, the Robben Island Museum Council, the National Housing Finance Corporation, the Real People Assurance (PTY) LTD, and the Financial Services and Regulation Policy Board.