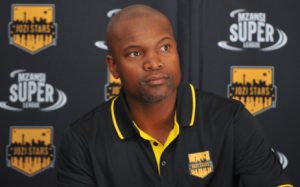 He was born on the 8th of February 1983 in Soweto, South Africa. As of 2022, he is 39 years old and celebrates his birthday on February 8th every year.

At the age of 19, Nkwe scored a century on his first-class debut for Gauteng against Easterns in 2002. He was the first black South African player to achieve this feat, and only the fourth from Gauteng. In 2003, his performance earned him a call to the National Academy. Due to a wrist injury, his career was cut short at the age of 26.

Nkwe joined the Netherlands National Cricket Team in 2016 as Anton Roux’s assistant coach. In 2018, he returned to South Africa to take over as Head Coach of the Highveld Lions, who won the CSA T20 Challenge and the Sunfoil 4Day Series in his debut season.

In 2018, he was chosen Head Coach of the Jozi Stars, who won the inaugural Mzansi Super League. In the same year, he became an assistant coach for the Vancouver Knights in the Global T20 Canada, where they finished second.

He has an estimated net worth of $500,000 which he has earned as a cricketer.