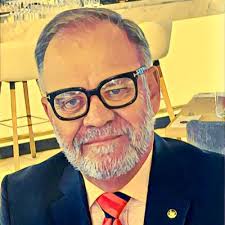 Niehaus married Jansie Lourens in 1986, the woman who had recruited him into the anti-apartheid armed struggle, and was sentenced to four years in prison for the same treason plan that landed Niehaus in prison. Niehaus married Linda Thango after the marriage split in 2002.

He married Mafani Gunguluza, a businesswoman, in September 2008, and they divorced in 2012, according to 702 Radio. He was reported to have a new girlfriend in 2019.

He became Nelson Mandela’s spokesman in 1994 and, later, a member of parliament and chairman of the correctional services committee. He was nominated as South Africa’s ambassador to the Netherlands in late 1996.

He became the co-chairman of the Home for All project, a white activists’ attempt to apologize for apartheid, in late 2000.

Niehaus reappeared in 2017 as a spokesperson for the Umkhonto we Sizwe Military Veterans’ Association and a major part of Nkosazana Dlamini-Zuma’s failed presidential bid.