Mduduzi Mabaso is a South African actor who is popular for his starring role as gangster Suffocate on the e.tv soapie Rhythm City, since the show’s debut in July 2007. He grew up in Alexandra township in northern Johannesburg, South Africa. 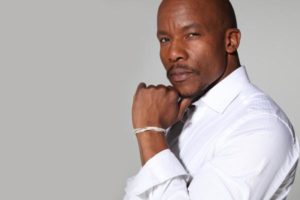 He is married to Fatima Mabaso. They met on the set of Zone 14 during the filming of the second season in 2007 and got married a couple of years later

He is the father of four children namely Ntokozo, Mpumi, Njabulo, and Zolile.