Brenda Mhlongo (born 14 August 1980) is a South African actress best known for appearing on eKasi: Our Stories as Mam Ngwenya and on Generations as Nandi Mabaso. 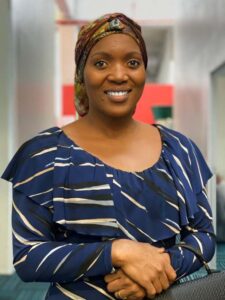 She was born on the 14th of August 1980 in KwaMashu, KwaZulu-Natal, South Africa. As of 2021, she is 41 years old and celebrates her birthday on August 14th every year.

She got married at the age of 18 to Edmund Mhlongo who is also her biggest fan as he is always supportive of his wife’s demanding career. Together they have three children namely Zama, Snikiwe Mhlongo, and Nethezeko.

It was reported that Edward had married another woman behind her back. He and his new bride Nkosi Mpanza celebrated umembeso at her home in Mandeni just outside Stanger in KwaZulu-Natal on Good Friday withput his wife’s knowledge.

She made her television debut in the episode “Held Apart (Season 5, Episode 19)” of the e.tv anthology series eKasi: Our Stories, which aired on July 28, 2014.

Later that year, she appeared in an episode of the SABC1 political drama series Ihawu as a guest star.

She made another guest appearance in 2015, this time as Buhle in the first season of the SABC1 soapie Uzalo.

In 2016, she got her big break in television when she was cast as Nandi Mabaso, the wife of Jack Mabaso (Vusi Kunene), on the SABC1 soapie Generations: The Legacy. She stayed with the show for two years before leaving in October 2018 after her contract was not extended.