Joseph Mhlongo (born 25 September 1990) is a South African professional footballer who plays as a midfielder for South African Premier Division side Moroka Swallows. 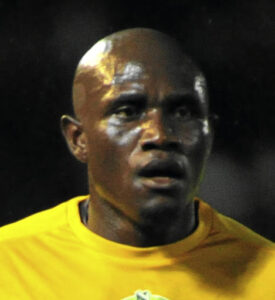