Lebohang Maboe (born 17 September 1994) is a South African professional footballer who plays as a midfielder for Mamelodi Sundowns and the South African national team. 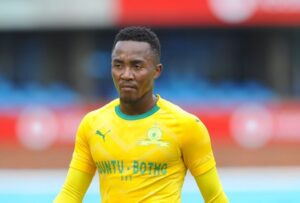 He began his football career in his home town of Heidelberg playing with amateur side Ratanda Real Hearts.

Maboe was then promoted to the club’s under-17 side at the age of 14 where his performances at age-group level earned him the opportunity to later join the Kaizer Chiefs academy.

In July 2016, Maboe officially joined Maritzburg United helping the club to a runners-up finish in the Nedbank Cup against Free State Stars. At the end of the season, he was sold to Mamelodi Sundowns.