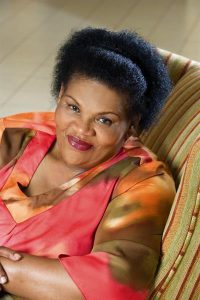 She was born on the 22nd of September 1949 in Port Elizabeth, South Africa. As of 2021, she is 72 years old and celebrates her birthday on September 22nd every year.

Her screen work includes appearing in three films and she also appears as Maria Zibula in 7de Laan, a television soap opera, being one of the regular characters for the past few years.