Celeste Khumalo (born 6 November 1992) is a South African actress, former Miss SA Teen (2011) and the Brand Ambassador for Pond’s and a Woolworth Style icon by SA Influencer. He was born in 1992 in South Africa.

She has also done numerous commercials ranging from clients like Coke, Yogetta, Environ and Mango airlines. 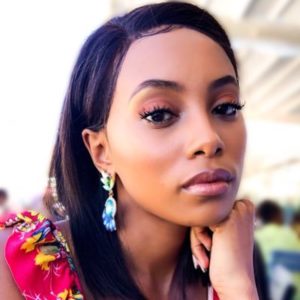