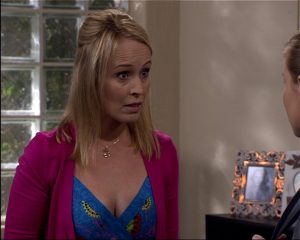 She was born on the 6th of September 1978 in South Africa. As of 2021, she is 43 years old and celebrates her birthday on September 6th every year.

She is married to her longtime partner Paul Potgieter.

She made her television debut in the soap opera 7de Laan in the year 2000, playing the character ‘Dezi Terreblanche.’ She starred in a number of well-known films, including The Mating Game in 2010, Wonderlus in 2017, and ‘n Man Soos My Pa in 2015. She joined the cast of the kykNET soap opera Binneland in 2011 as the lead character ‘Bea.’

In 2011, she made her film debut in the film Superheroes as Sister Suzaan. She also hosted the first three seasons of KykNET’s ‘Ontbytsake en die Boer soek een vrou’ series.