Angelique Gerber (born 16 April 1983 in Johannesburg) is a South African actress who is best known for her part in 7de Laan as Clara. 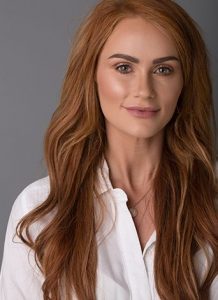 She got married to Cheetah’s rugby player, Jacques Potgieter in July 2016.

She also played Emily in the Canadian film Disposable Life, which was released in 2002. Clara, a young girl from Bucharest, Romania, who speaks broken Afrikaans and occasionally struggles to explain herself properly, is her character in the South African soap opera 7de Laan.