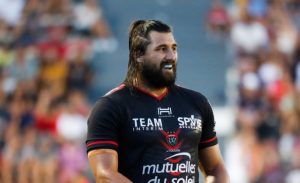 He got married to actress, Angelique Gerber in July 2016.

In 2004, he played for Eastern Province in the annual Craven Week rugby competition before joining the Sharks.

The Blue Bulls announced in August 2011 that they had signed Potgieter to a two-year contract for the 2012 season.

At the conclusion of the 2013 Super Rugby season, he left the Bulls. He joined Fukuoka Sanix Blues of the Japanese Top League.

Potgieter revealed in May 2015 that he would return to South Africa for a two-year contract with the Sharks.

The Bulls announced in May that he will return to Pretoria on a two-year deal that would begin immediately.

On June 23, 2012, he made his Springbok debut against England in a test at Nelson Mandela Bay Stadium.

He has an estimated net worth of $1.5 million which he has earned as a rugby union player.