Monique Muller (born 14 July 1990) is is a South African model and businesswoman who served as a cabin crew with the Emirates airline between 2011 and 2015. 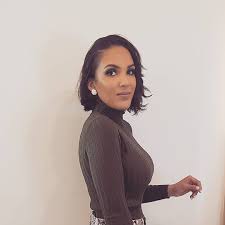 She was in a relationship with South African actor Katlego Maboe from 2016 and unfortunately for them, things didn’t go as smooth as planned. Together they have a child named Phoenix Katlego Maboe who was born on June 26, 2018.

She has an estimated net worth of $500,000 which she has earned as a model and businesswoman.