Thuli Madonsela (born 28 September 1962) is a South African Advocate and Professor of the law. She is currently holding the position of professor at Stellenbosch University’s Law Faculty since January 2018.

She is a lifelong activist on social justice, constitutionalism, human rights, good governance and the rule of law.

Thuli has served as the Public Protector of South Africa from 19th October 2009 to 14th October 2016.

Her parents are Nomasonto Madonsela and Bafana Madonsela. Her father was a trader likewise her mother.

She has a sibling by the name Musa Madonsela and they grew up in Soweto.

Thuli is also a grandmother to a cute young girl by the name Melo. Melo is Wenzile’s daughter.

Madonsela was once a married woman but lost her husband while her children were still young.

Reports indicate that her partner is certainly Dick Foxton, a public relations consultant and they are engaged. She for that reason revealed the news about her engagement on Real Talk On, in July 2018.

She has two children from the marriage; a son: Mbusowabantu Fidel and also a daughter: Wenzile Madonsela.

Since the 1980s, she has, first of all, worked for trade unions in the public and also the private sectors.

In 1996, she was a member of the team that drafted the final constitution of South Africa promulgated by then President Nelson Mandela.

In 2007, she was appointed by former President Thabo Mbeki as a full-time member of the South African Law Reform Commission.

Reports indicate that she probably earned as much as a judge of the Supreme Court of Appeal who receives a total annual package of R2,173,470.

Her salary is however certainly fixed at almost R1.789 million in addition to an annual gratuity of more than R1 million. 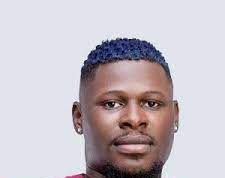