Kamohelo Mahlatsi (born 23 August 1998) is a South African footballer who plays as an attacking midfielder or centre forward for Moroka Swallows. 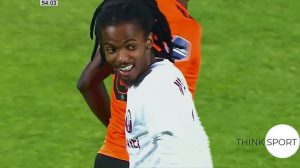 During the 2018–19 season, he appeared nine times for the club. In September 2019, he signed a season-long loan with University of Pretoria in the National First Division, where he scored 10 goals in 27 league appearances.

He signed for Moroka Swallows, a newly promoted Premier Division team, on October 6, 2020.