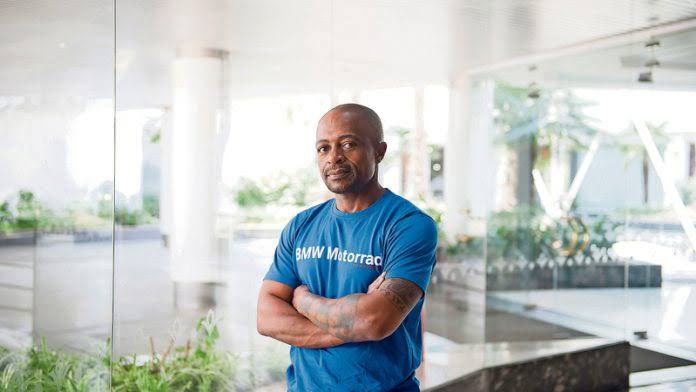 He was born on 17 January 1967 in Johannesburg, South Africa. Matsunyane is 55 years old as of 2022 and celebrates his birthday on January 17th every year.

He attended Kebalepile High School, Mafikeng and matriculated in 1983. In 1991, he earned a diploma from The School Of Broadcasting, and in 1994-1995, he completed a seven-month film director’s course with the SABC in collaboration with Bateleur Films, under the direction of the late Mr John Rogers.

Matsunyane was previously married to Connie Ferguson, popular South African actress, film-maker and producer. They were married for only 5 years.

Apart from Kelebone, Matsunyane has starred in Maitemogelo, On the Right Track, Getting It Together, Class of ’92, Kgweetsa, and Mmalonya I and II on television. Desert Diners, Generations, African Skies, Going Up, Rhodes, Ke Nyala Mang, Matswakabele I, II, and III, Grondbaronne, Soul Buddyz IV, and Usindiso are just a few of the shows in which he has made cameo appearances.

Matsunyane has also hosted the game shows Ho Taka and Doors, the quiz shows Bop Shop and Motsamai, and the educational shows Science Club and Turn on to English, in addition to hosting The Toasty Show.

Matsunyane has starred in films such as Red Scorpion and Oh Schucks… Here Comes UNTAG!, Wheels & Deals, and Vusi the Voter, an educational short film, are just a few examples. He has also featured in advertisements for Edgars, Standard Bank, Sasol, SAB, and the SABC’s AIDS inserts. He has a lot of experience doing voice-overs.

He is also a talented producer, having earned a nomination for Best Director in 2006 for his work on the SABC1 drama series Mzansi. Since his directorial debut in 1994, when he directed three episodes of the SABC1 youth drama series Young Vision, he has been directing television shows.

Matsunyane has an estimated net worth of $2 million which he has earned form his successful career.