Hudson Kennaugh (born 12 January 1981) is a professional motorcycle racer from South Africa. On a BMW S1000RR, he actually competes in the British National Superstock 1000 championship. 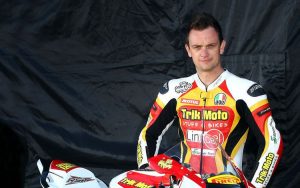 Kennaugh started riding mini-motos at the age of five and won the Junior South African Motocross Championship in 1993.  A year later, he switched to road racing and finished fourth in the South African 125cc championship on a Yamaha YZ125 road bike in 1995.

Hylton Spencer developed a hydroformed exhaust for the Yamaha YZ125 road bike. After that, it was four years of 250cc racing.

He has an estimated net worth of $250,000 which he has earned as a motorcycle racer.