Lesedi Matsunyane-Ferguson (born 31 December 1992) is a South African actress, producer, cast coordinator and content creator. She is the daughter of Neo Matsunyane and Connie Ferguson. 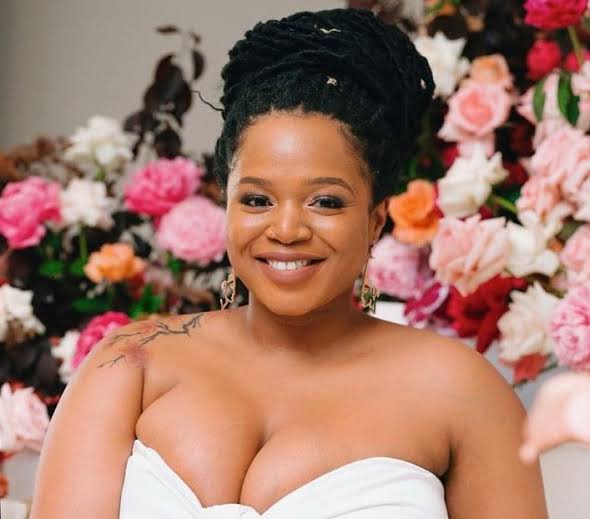 She was born on 31 December 1992 in Johannesburg, South Africa. Matsunyane-Ferguson is 29 years old as of 2021 and celebrates his birthday on December 31st every year.

Matsunyane-Ferguson holds a Bachelor of Art Degree in Live Performance from AFDA.

Her parents are Neo Matsunyane and Connie Ferguson, two big names in the South African industry. She was conceived just before they got married in 1993.

The beautiful actress has a son named Rowena with Austin Malema. She gave birth to him in 2015 when she was 22 years old.

Her rise to fame came when she played debuted on The Queen. Her talent and great acting skills were truly appreciated by South Africans. Matsunyane-ferguson also played the role of Davina Moore on etv’s Rhythm City.

She had previously been on the Vuselela Series that aired on Soweto TV back in 2011 till 2013. She was also the young Ruby Dikobe in Generations back in 2012, and she also appeared in the Lewis commercials alongside Connie and Shona Ferguson in 2011

Matsunyane-ferguson has an estimated net worth of $200 000 which she has earned from her career.