Judy Jay (born 2 December 2001) whose real name is Judy Mahlatji is a South African disc jockey who is considered one of the youngest fast-rising DJ in the country. 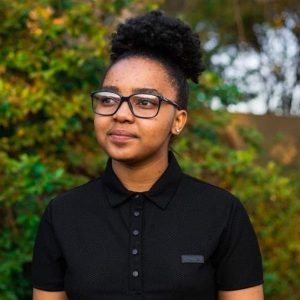 She was born on the 2nd of December 2001 in a small village in Sekhukhune, Limpopo, South Africa. As of 2021, she is 20 years old and celebrates her birthday on December 2nd every year.

Judy began her DJ career in 2017 and based on the unmistakable sound of her evolution, we’re in for quite a sonic adventure from this young woman in charge of her own territory.

Her set sprinkles aural moments of the Deep House great, Kat La Kat, for those with their ears and minds to South African deepness.

She has a polished tone that only a few people can claim about! Her undying devotion to Deep House is evident in the music she plays during her DJ sets.