Sphamandla Dhludhlu (born 5 January 1993) is a South African actor known for his role as Mavusana on the 1Magic soapie The River. 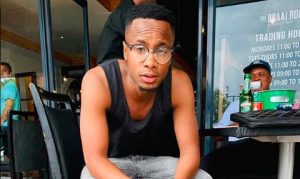 He was born on the 5th of January 1993 in Thokoza township in Ekurhuleni, Johannesburg, South Africa. As of 2022, he is 29 years old and celebrates his birthday on January 5th of every year.

He studied theatre and camera acting, scriptwriting, computer literacy, communication, directing, dance, and poetry at the Fuba School of Drama and Visual Arts in Johannesburg from 2012 to 2013.

He went on to study voice and acting with Dorothy Ann Gould, as well as acting for camera seminars at Duma Ndlovu’s Black Dog Media workshops.

In 2015, Sphamandla debuted on television with a cameo in the e.tv polygamy drama series Umlilo.

Following that, he had a recurring role as John, a nurse in the SABC1 soap Generations: The Legacy.