Pabee Moganedi (born 19 January 1993) is a South African actress known for her role as Purity, the girlfriend of S’khalo Sibiya (Neo Ntlatleng), in the SABC1 soccer drama series Zone 14. 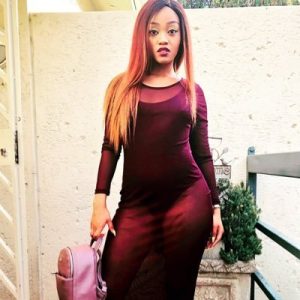 She was born on the 19th of January 1993 in Midrand, Johannesburg, South Africa. As of 2022, she is 29 years old and celebrates her birthday on January 19th every year.

She was in a romantic relationship with SK Khoza

She is well recognized for her part as a snobbish, weave-wearing Breyonce in the David Kau feature film Taxi Ride, which she starred in in 2012.

In 2013, she won her first leading part as Lerato Bogatsu in the SABC1 drama series Tempy Pushas, which is situated in the luxurious fashion industry and contrasted with the vibrant township culture.