Phoenix Baaitse (born 22 January 1976) is a South African actor known for his role as Tumisho Banzi in the SABC1 soap opera Generations. 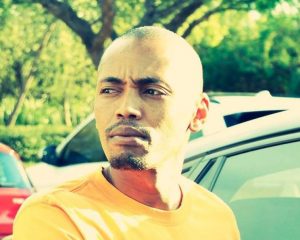 He was born on the 22nd of January 1976 in Johannesburg, South Africa. As of 2021, he is 45 years old and celebrates his birthday on January 22nd every year.

He attended the University of the Witwatersrand in 1995 to study film, make-up, directing, movement and acting but after a year he left to pursue a course in advertising and marketing from the AAA school of Advertising.

He made his TV debut in 1994 when he hosted eight episodes of Teleschool Geography, a SABC1 instructional show, but it wasn’t until 2012 that he became a full-time actor.

He debuted in a DStv ad and went on to star in commercials for Samsung AFCON, the Tshwane Golf Tournament, Corenza C, NYDA, Encounters Film Festival, KFC, and Edgars, among others.

In 2013, he was cast in the recurring role of Tumisho Banzi on Generations, as well as guest parts on the SABC2 sitcom Majakathata Records, the SABC1 docu-drama series Ngempela, the SABC2 sitcom Ga Re Dumele, and the e.tv soapie Scandal!

Long Way Back Home and Hlupego are two films in which he has appeared (Poverty).