Adriaan Basson is a South African journalist who is the Editor of News24 and was formerly the editor-in-chief of the Afrikaans news platform Netwerk24. 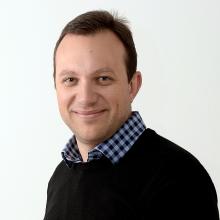 Adriaan has worked for Beeld, City Press, and the Mail & Guardian as an award-winning investigative journalist.

He has an estimated net worth of $500,000 which he has earned as a journalist.