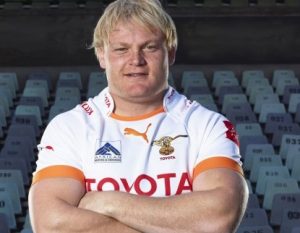 He was born on the 18th of November 1985 in Bloemfontein, South Africa. As of 2021, he is 36 years old and celebrates his birthday on November 18th every year.

Strauss made his international debut for South Africa on July 19, 2008, in a Tri-Nations match against Australia. He stayed with the team for the rest of the Tri-Nations, gaining five caps, but he was left out of the November tour to the United Kingdom due to the return of John Smit to action, with Chiliboy Ralepelle leapfrogging him in the selection order.

On November 18, 2012, against Scotland at Murrayfield in Edinburgh, he scored both of his first two tries for the Springboks.

Strauss announced his retirement from international rugby at the end of 2016, with his final encounter for the Springboks taking place on November 26 of that year.

He has an estimated net worth of $1 million which he has earned as a rugby player.