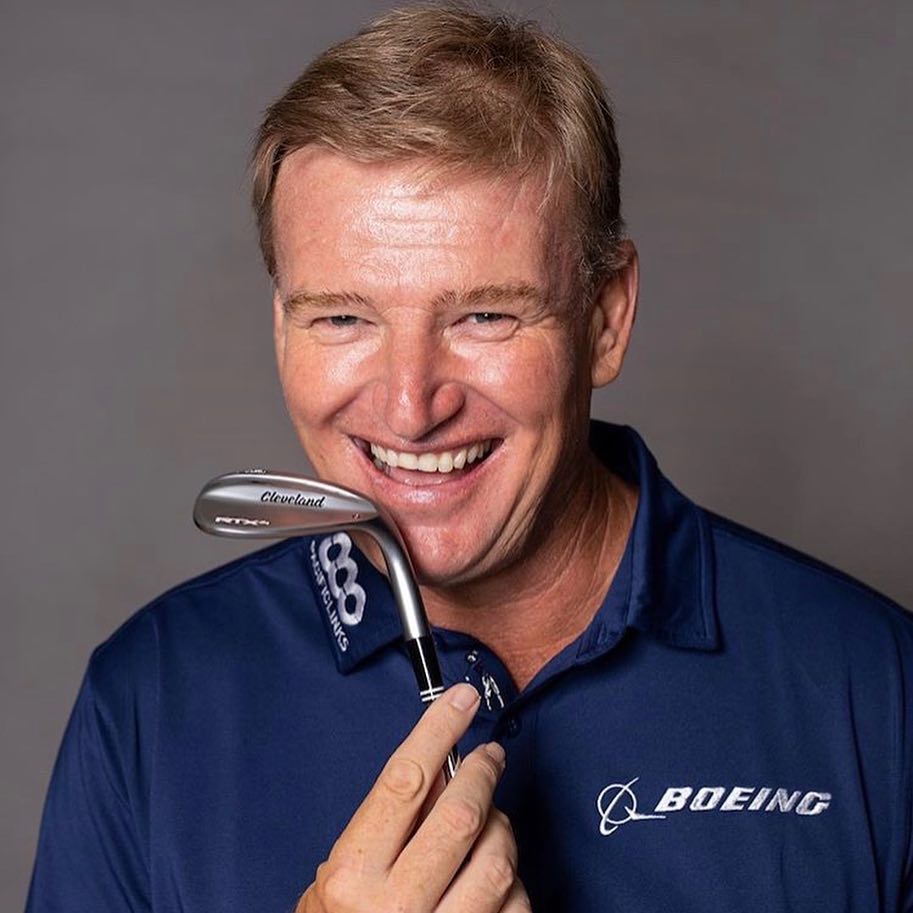 Els stands at a height of 6 ft 3 in (1.91 m). His imposing physical stature and his fluid golf swing earned him the nickname “The Big Easy”.

Ernest was born to Neels and Hettie Els. His father, Neels was a trucking executive at the Germiston Golf course and taught Ernie the game of golf. He has a brother named Dirk Els.

Growing up, Els loved sports. He engaged in playing cricket, rugby and tennis. As a junior tennis player at 13 years old, he won the Eastern Transvaal Junior Championships.

He developed an interest in golf from his father who worked in a golf course. His father taught him the principles of the sport and before the age of 14, he was already a scratch handicap. This increased his interest in golf and so concentrated solely on the sport.

Before the age of 17, Ernie Els had already won the Junior World Golf Championship in the Boys 13–14 category and the South African Amateur Championship.

Els is married to Liezl Els. They got married on December 31, 1998, in Cape Town. Ernie and Liezi have two children, Samantha Leigh Els and Ben Neels Els. The former World No. 1, together with his wife, has shown enormous support in creating awareness on autism as their son, Ben is autistic.

They live at the Wentworth Estate near Wentworth Golf Club in the south of England. They also spend some time in South Africa and the United States.

Els has an estimated net worth of $85 million. The major source of his earnings is from playing golf.

The Ernie Els and Fancourt Foundation was established in 1999. It has the objective of identifying youths from underprivileged backgrounds who show talent and potential in the game of golf. It provides educational assistance amongst other moral and financial help in order for these youths to reach their full potential.

Great to experience that winning feeling again on a Sunday! Thank you everyone @hoagclassic. I’m glad the first one's over with. It gets more comfortable after this. I’ve got some energy and I’m excited about this phase of my career. The guys out here are very relaxed, but very competitive. They can still play, so you've got to make a lot of birdies, and shoot some good numbers, to win tournaments @pgatourchampions