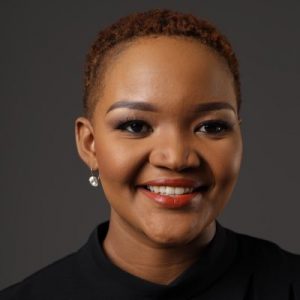 She was born on the 7th of January in Gauteng, South Africa. She celebrates her birthday on January 7th every year.

Mohlahlana is a highly qualified and educated individual. She went to a boarding school in Polokwane. Capricon High School was her alma mater. She spent the majority of her time on public speaking and arguing.

Mohlahlana is an alumnus of the Wits University where she attained a Bachelor of Arts degree in International Relations and Political Sciences.

Mohlahlana began her career as an internet copywriter and radio host. It was as a radio anchor at Radio 702 and Kaya FM that she first caught the attention of the public. This happened towards the end of her first year at Wits University. She later joined to eNCA (eNews Channel Africa) to cover national news.

She moved out in March after working with Thulaswize Simelane at DStv station 403 after working in eNCA. Her last day at the channel, where she anchored with Simelane, was March 29th, 2019.

Mohlahlana is currently employed by Newzroom Afrika (DStv channel 405). Between the hours of 6:00 and 9:00 p.m., she hosts [email protected] On Sunday mornings, she hosts Editor’s Choice.

She has an estimated net worth of $250,000 which she has earned as a journalist.