Zizo Beda (born 12 December 1988) is a South African model and TV presenter known for hosting the SABC1 music show Selimathunzi between 2011 and 2015. 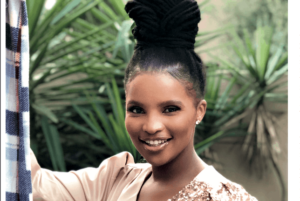 She was born on the 12th of December 1988 in Transkei, Idutywa village, South Africa. As of 2021, she is 33 years old and celebrates her birthday on December 12th every year.

In the month of December 2015, she got married to her husband Mayihlome Tshwete who is a Home Affairs Spokesperson at the Gonubie Manor venue in East London.

She has an estimated net worth of $200,000 which she has earned as a model, radio presenter, and TV personality.