Job Amupanda (born 28 August 1987) is a Namibian activist and politician who is the current Mayor of the City of Windhoek, in office since 2 December 2020. 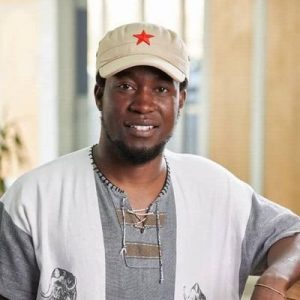 Amupanda studied political science at the University of Namibia (UNAM) from 2005 to 2008, graduating with a bachelor’s degree, and served as president of the Students’ Council throughout that time, gaining notoriety.

Amupanda married Taimi Iileka, a Sisa Namandje Incorporation lawyer, in a private wedding in his hometown hamlet of Omaalala on August 17, 2019.

When Amupanda was voted to the UNAM SRC as secretary for communication and publicity in 2007, he was introduced to young leadership for the first time. At the age of 22, he was elected president of the organization the following year.

After being elected as the SPYL secretary for mobilization and information by the youth wing structures in 2013, he joined the SWAPO Party Youth League.

Amupanda’s organization, the Affirmative Repositioning Movement, began positioning itself for the job of Mayor of Windhoek in November 2019. He was elected Mayor of the city on December 2nd, following months of campaigning, after the opposition voted in his favor to lead the municipality.

He has an estimated net worth of $1 million which he has earned as an activist and politician.